A report by the Council of Europe’s European Commission against Racism and Intolerance (ECRI) calls on Germany to step up their efforts to prevent and counter extremism and neo-Nazism and to ensure that evidence of online hate speech is transmitted to the police. It furthermore recommends to strengthen existing equality bodies. ECRI detects that public discourse has become increasingly xenophobic and has noted “high levels of Islamophobia”. Racism is “particularly blatant” in two sub organisations of a new political party and the constant racist and xenophobic discourse from the extreme right has impacted mainstream political discourse. ECRI also found an increasing number of right-wing extremists “ready to use violence”, with both right-wing and Islamist terrorists committing racist attacks. Many hate crimes remain unreported and evidence of online hate speech that could lead to violence is “not systematically transmitted to the police”. German Sinti and Roma are in need of assistance and migrant Roma are often victims of exclusion and exploitation. Migrants in irregular situations need counselling and assistance. 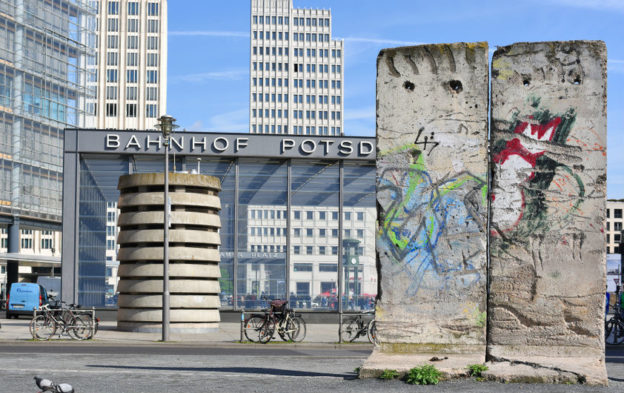 Among the 15 recommendations to the German authorities, two should be implemented as a priority and will be the subject to a follow-up by ECRI within two years:

Federal Government has translated the National Action Plan Against Racism into English and submitted it to the UN. The views of Civil Society Organizations are part of it: There is a particular appendix II from page 84 on, titled „Protecting human rights and eradicating discrimination – Civil society requirements for the Federal Government’s National Action Plan to Fight Racism, Homophobia and Trans*discrimination“. This expert statement is the result of various consultations among German civil society organizations. Among them are Netz gegen Rassismus, various LSBTIQ*-organizations, and Forum Menschenrechte.

You may request printed copies under article number, Artikelnummer BMI17009 with publikationen@bundesregierung.de.

February 2018. Auswärtiges Amt has submitted its Report within the Universal Periodic Review (UPR). It contains on 22 pages various assessments on Germany’s human rights performance in the field of combating racial discrimination. The HRC will deal with the report on 10 May 2018 in Geneva.

ECRI published its conclusions on Germany’s implementation of its latest recommendations. Therein ECRI notes that Germany did not ratify Protocol No. 12 to the European Convention on Human Rights. Also, ECRI notes that there remain significant shortcomings with regard to the recording of racist incidents and the police continue to use incorrect terminology.

Miriam Aced presented her views in Berlin in February 2017 on the continued ignorance of racism and lack of statistics in Germany, which are in line with the conclusions made by ECRI.

Download: Speaking About That, Which Has Been Made Non-Existent: Racism

On 7 December 2016, the German Institute for Human Rights published its first annual report on the human rights situation in Germany. The report addresses the German Bundestag. The main topic is on the status of the rights of refugees and asylum seekers.

To evaluate the 160 pages report is not easy – from first glance it may be somewhat descriptive. It contains many recommendations for improvement though sometimes a little bit vague. Racist discrimination gets mentioned, however, not as pointedly as the Institute did at earlier occasions. The direction or message what the legislator is supposed to do is not so clear. How the Bundestag and the members of Parliament can make concrete use of the report will be seen. However, the report is certainly valuable as a reference document on the current situation and the connected problems. On page 46 ff, for example, there is a table that shows details of the improvements and deteriorations of the refugees‘ and asylum seekers‘ rights since 2015.

The Bundestag is requested to discuss the report. Human Rights organizations could use the occasion to convey their comments and assessments to the party factions of the German parliament.

For half a century, the International Convention on the Elimination of All Forms of Racial Discrimination (ICERD) has been the key international instrument in the fight against racism. This year, ICERD turns 50, and the Office of the United Nations High Commissioner for Human Rights wants to take the opportunity to celebrate and promote the work ICERD has done and will continue to do.

Festivities begin on 26 October 2015, with the launch of the „50 years of fighting racism“ anniversary webpage: www.ohchr.org/icerd50. The page features information about ICERD, as well as cards that can be downloaded, printed and sent out via email (or traditional snail mail) to show your support in the fight against racism.

Social media will also be a critical tool to help drive awareness of ICERD, within and across communities. CERD requires your help to encourage NGOs, legal organizations, community activists from around the world in bringing justice to victims of discrimination.

The parallel report by Initiative Black People in Germany (ISD e.V.) was elaborated in cooperation with the Project Parallelberichterstattung. The report entails a definition for Black People deriving from the definition given by the UN Working Group of Experts on People of African Descent. The ISD is an empowerment platform for Black People and represents their interests in Germany.

Germany not only avoids using the term ‘race’, but its institutions, such as the police, refrain from collecting statistics according to race, gender, ethnicity, and so on, which makes it hard to prove that police actions, and particularly violence, differentially affect non-white Germans. Examining a series of controversial cases in which non-white Germans have been killed in encounters with the police, the author argues for an understanding of how race and other identities intersect, and shows how the police mount a dubious ‘cultural defence’ – based on their perceived fears – to justify their disproportionate use of force.